Hope For Paws did a great job rescuing a cat family living on the street. At the very beginning, they got a call from a local resident saying that she had been feeding a stray kitten for days, and asked the team for help. And this turned out to be a cool rescue that should be divided into three parts. 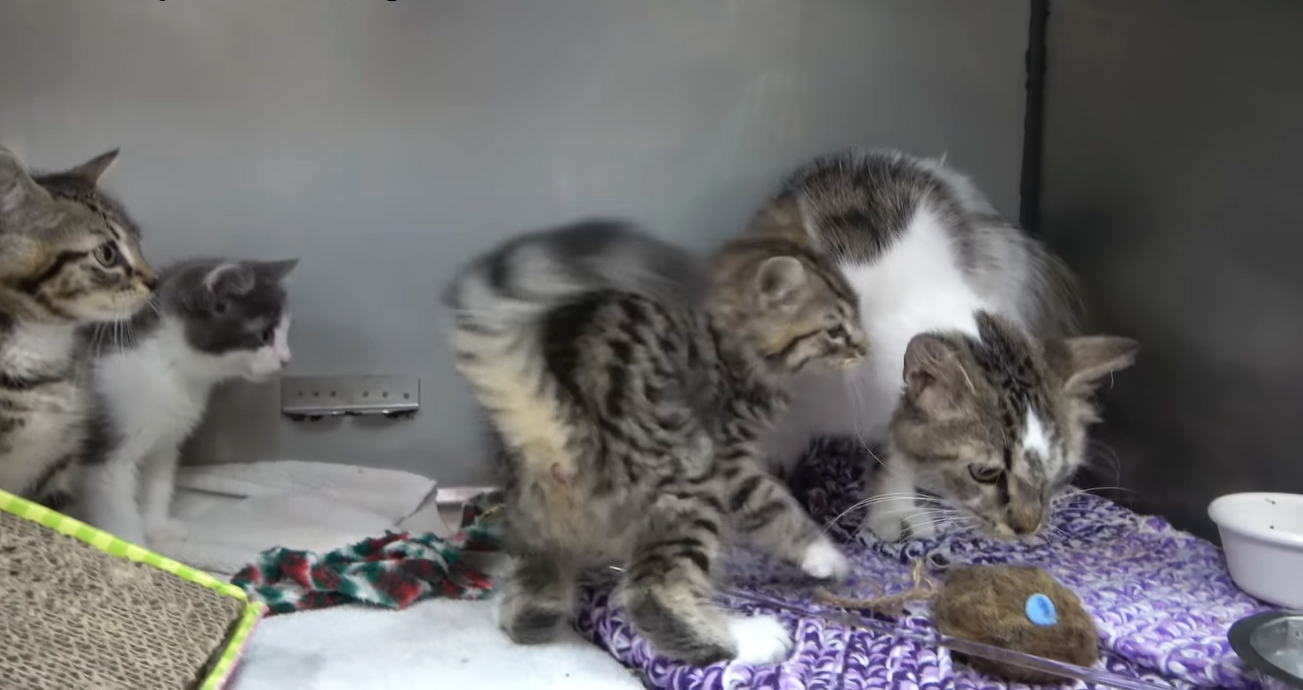 One of the rescuers headed over the area and looked around to find the cat. He spotted the kitten sitting behind the bush fence, then he tried to find a way to approach him without making any sound that might make the cat felt scared. Soon enough, he could save the cat easily. They started to take him to their shelter, but the rescuer had a hunch that the story was not over, there must be something more. 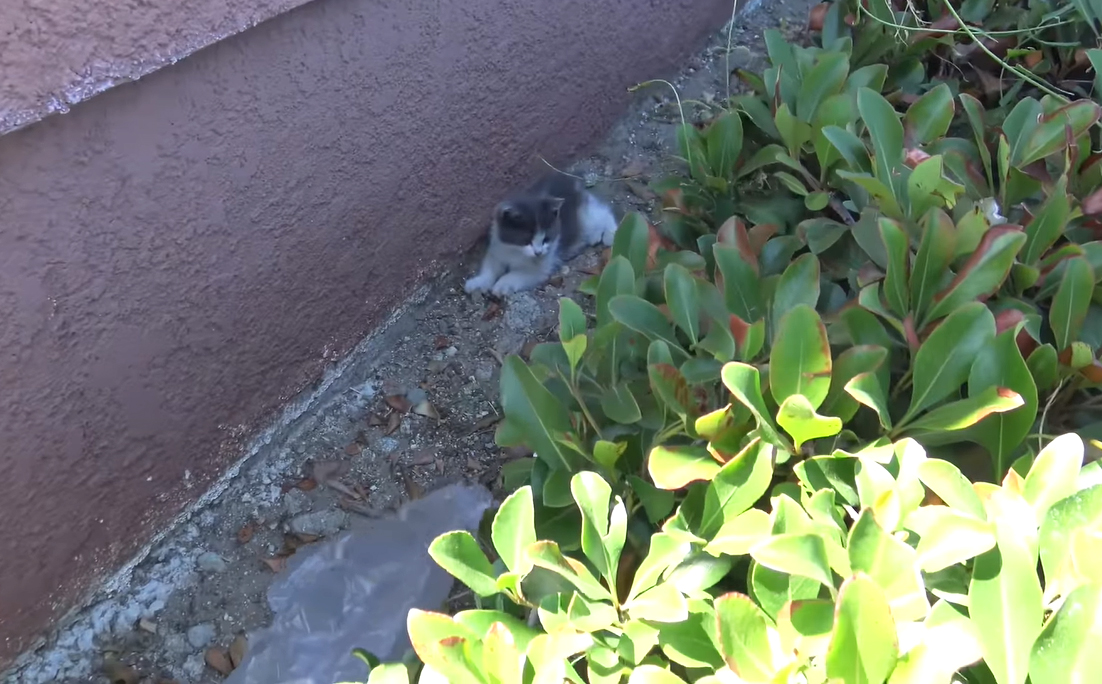 He was right. Two days later, they learned that there were three more cats staying nearby the area where they found the first cat. This time, they tied food into a string to patiently lure one of the kittens, a trick that they never used before. It was not easy at all but the smart rescuers managed to do it successfully. All of a sudden, the mama cat rushed out of the bush and tried to chase the rescue away. The rescue team was so surprised knowing that the mom was hiding there, and just showed up when she thought her baby was in danger. They saved the second kitty, but lost track of the mom and the other kitten, so they decided to come back later. 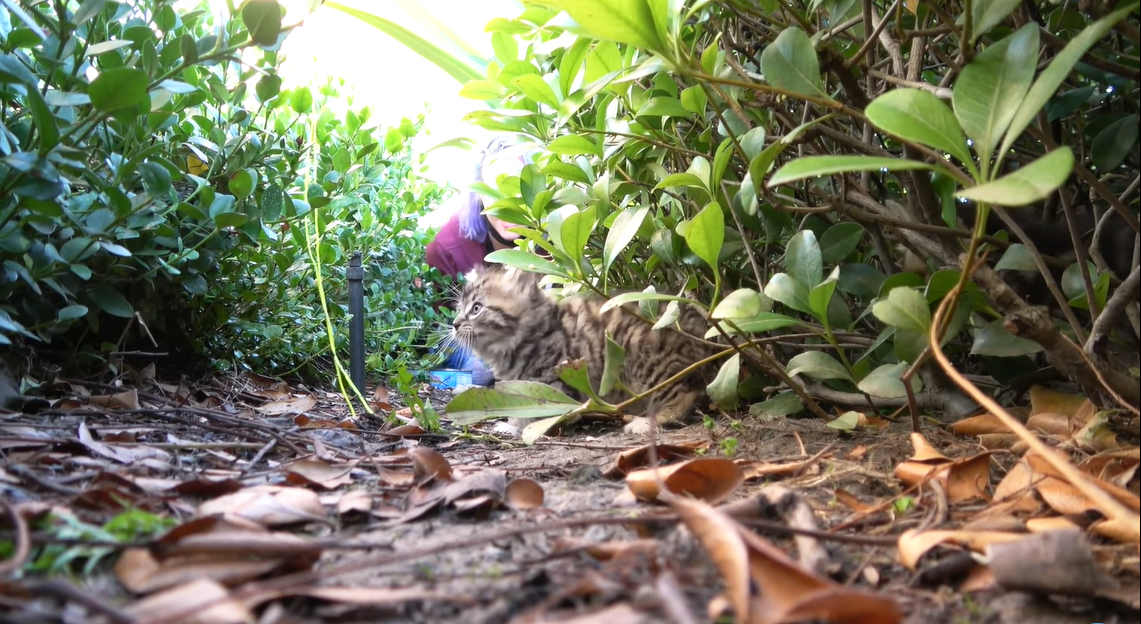 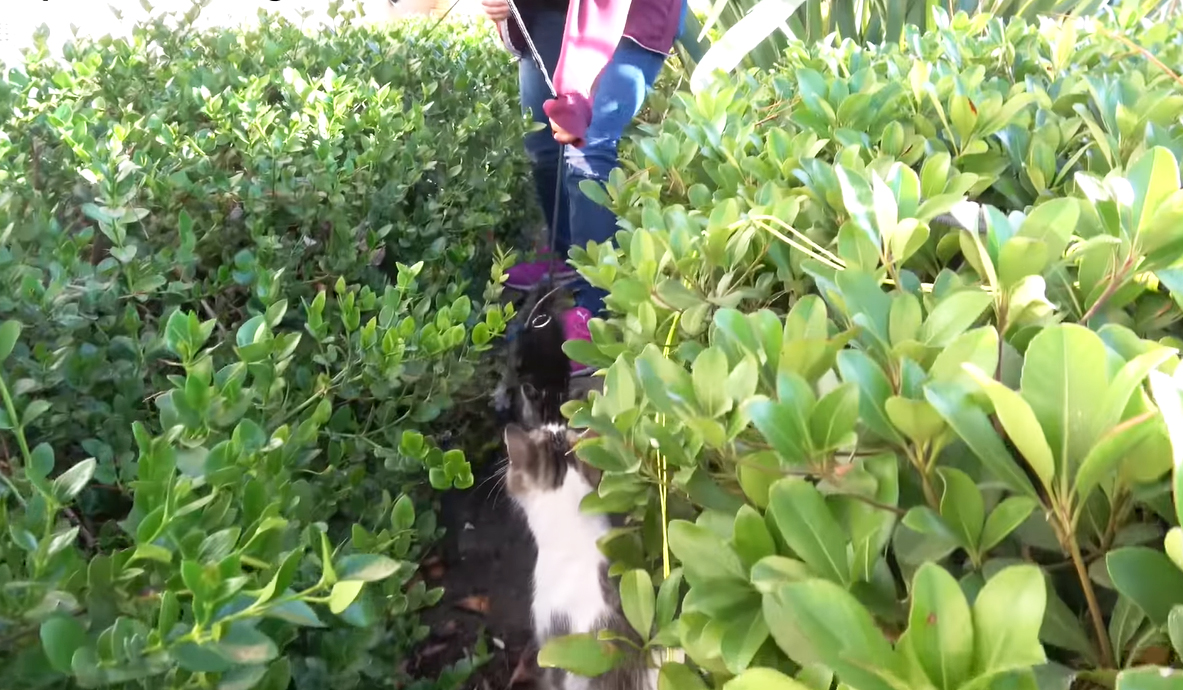 Finally, with a lot of effort, the team got the third kitten and the mom too. Three of the cats played joyfully with each other when they were reunited. The first cat named Hedgehog, the second one named Shrew, and the last one named Porcupine. The mama cat was a bit inhibited, but she was not aggressive after being spayed. Now that the whole family was safe and happily gathered together. All of them were received gentle care, and hopefully, they would find a forever home soon. 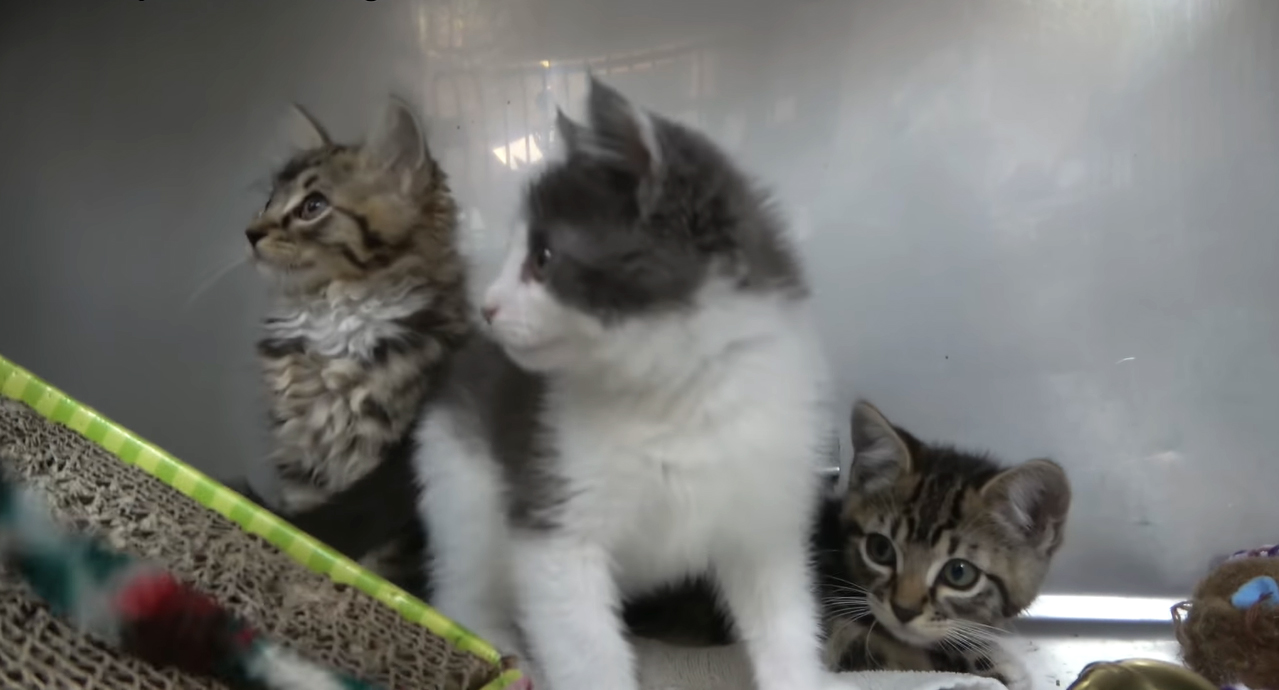 Puppy Found In Highway And Adopted By Biker Couple – Now Becomes Their “Roadie”!

Sweet Sick Street Cat Got Rescued And Fought For His Life

Puppy Cries For Help After Being Abandoned In Terrible Condition

Poor Puppies Were Rescued After Being Abandoned In The Rain