Every cat is our friend so we totally want them to have a good life. Furthermore, we are definitely happy when they are raised by kind-hearted people. Milton Longcat is an exact example about human kindness can change everything. He receives love and has a happy life with a warm parent. Although many bad things happen to him, he always has a positive attitude. Let’s read the story below and you will fall in love with the adorable cat! 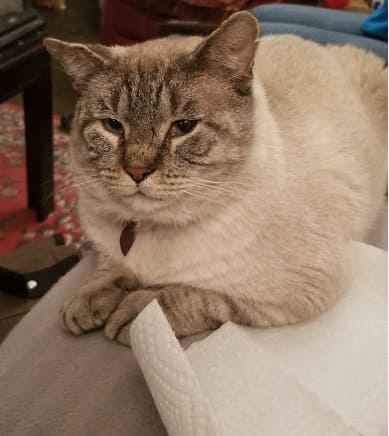 The heartwarming story was told by Dan, Milton’s new father. Dan and his wife worked as volunteers in a local animal shelter. They would foster a cat so they finished a course of animal training. A week later, they got an offer to bring up a lovely cat.

Milton Longcat is an adorable lynx point Siamese. His life was tough before meeting a kind parent, who gave him a better life. He was hit by a car and shot with a BB gun. He had been infected with FIV+, heartworm, and mycoplasma. What a poor cat! 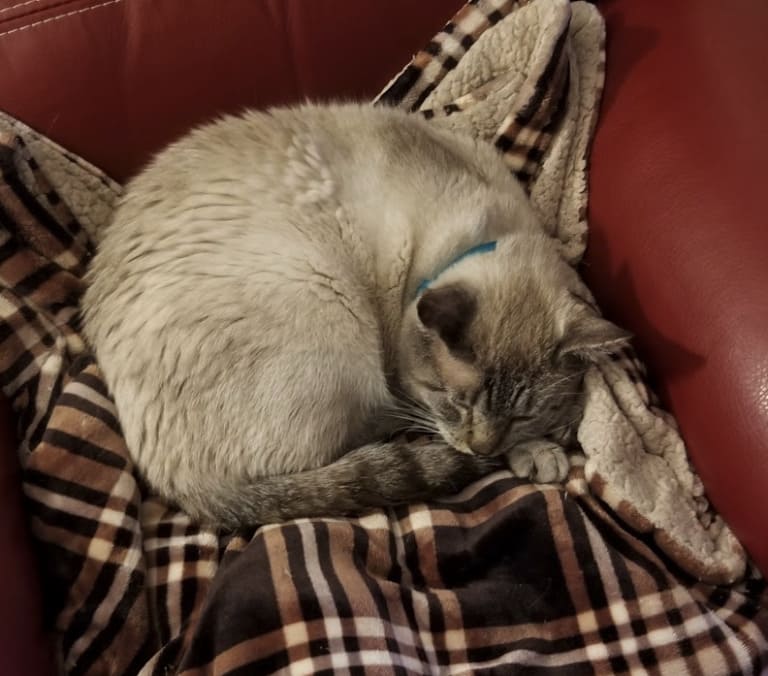 They easily realized he was an absolutely affectionate cat through his gestures.

“His first action when he was turned loose in my office was to head-butt my hands, and he purred like a freight train when I petted him,” Dan said.

It took a few days for Milton to get along well with other cats in the new house.

While Dan and his wife were reading in the living room, they heard Milton’s distinctive meow meow coming down the hallway. He and his new friends had joined a sniff-fest. They had a lot of fun together. When Milton saw the cats who got hissed at him, he sounded like he was saying “Hey, why the hiss? We’re buddies! We love each other!”. 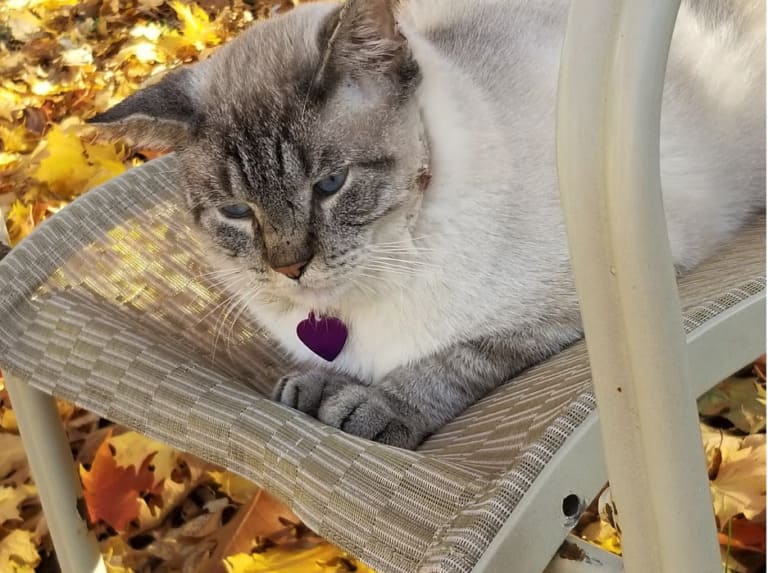 “I often hear what sounds like a herd of wildebeest thundering down the hallway, but it’s Milton and Fred racing down the hall and leaping over each other,” Dan said with his surprise. 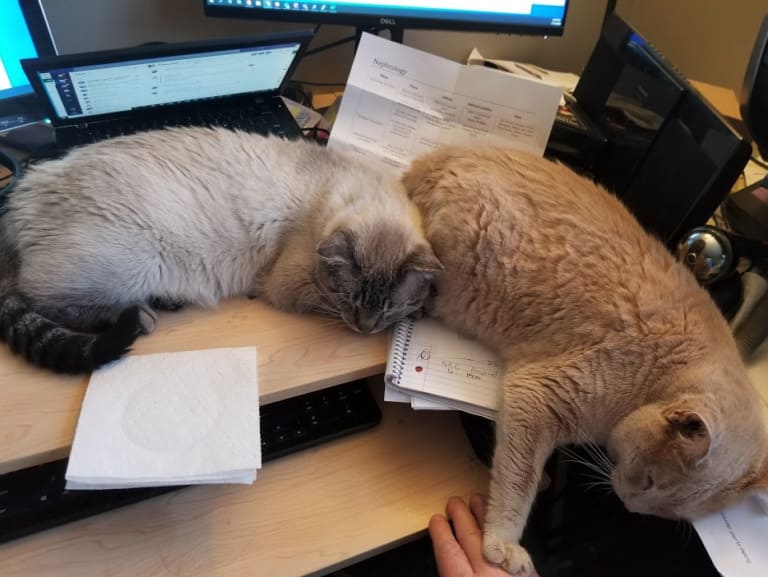 Milton was taken to the vet to treat his wounds. To celebrate his first visit to the shelter vet clinic, his mother made a beautiful blue walking jacket for him. He proudly walked away with the new gift from his mother. Whenever he came to the vet clinic, all staff loved him so much. So he was more excited about that. 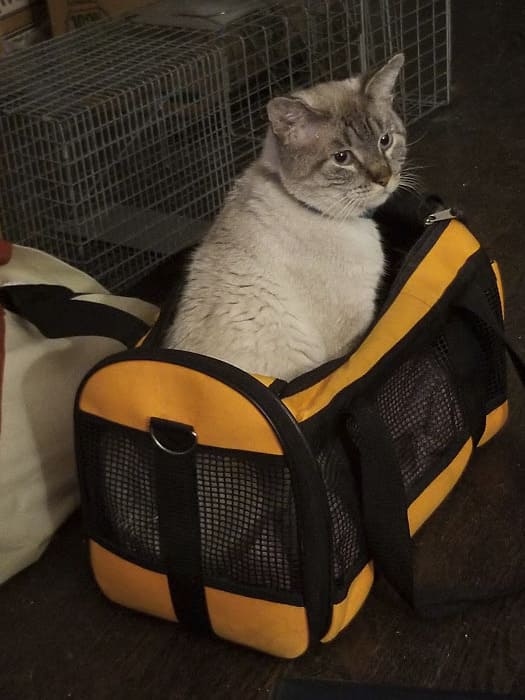 Now Milton is a wonderful member of Dan’s family and has a happy life that he totally deserved.

Argumentative Huskies Insist They Did Not Make The Mess

Poor Puppies Were Rescued After Being Abandoned In The Rain