Love Furry Friends was informed that a mother dog and three puppies were thrown out on the train tracks. As usual, they headed out quickly to rescue them. It was an abandoned and deserted area without signs of people. When the rescue team arrived at the location, they only found the mama dog and one puppy, two other ones were already taken by someone.

The mama dog was such a brave mother as she tried to protect her baby. She didn’t want strangers to get closer at first, but she was starving so she accepted their food. After realizing the people came here to help, she started to friendly approach them. Meanwhile, the puppy was a bit scared and shy so earning his trust wouldn’t be easy. He kept a distance from them and ran away afterward, trying to hide.

He was still defensive for a few hours, growling at the rescuers, but then he hid in a corner and calm down. He was determined not to let anyone get close to him. He was so nervous. They didn’t risk catching him with bare hands so they used the jacket to cover him. Feeling the warmth and sincerity of the rescuers, the little pup surrendered. He was taken temporarily to the Dog Handler for a week to learn social skills.

The mother was taken to the vet for sterilization. By good fortune, during her recovery, a kind-hearted woman decided to welcome the dog as her family. On the way to her new home, she looked so excited, all showing on her smiling face. The puppy also did a great job as he started to trust people, and thankfully, he was adopted too. Both of the dogs had a very happy ending that they got good homes and wonderful owners. 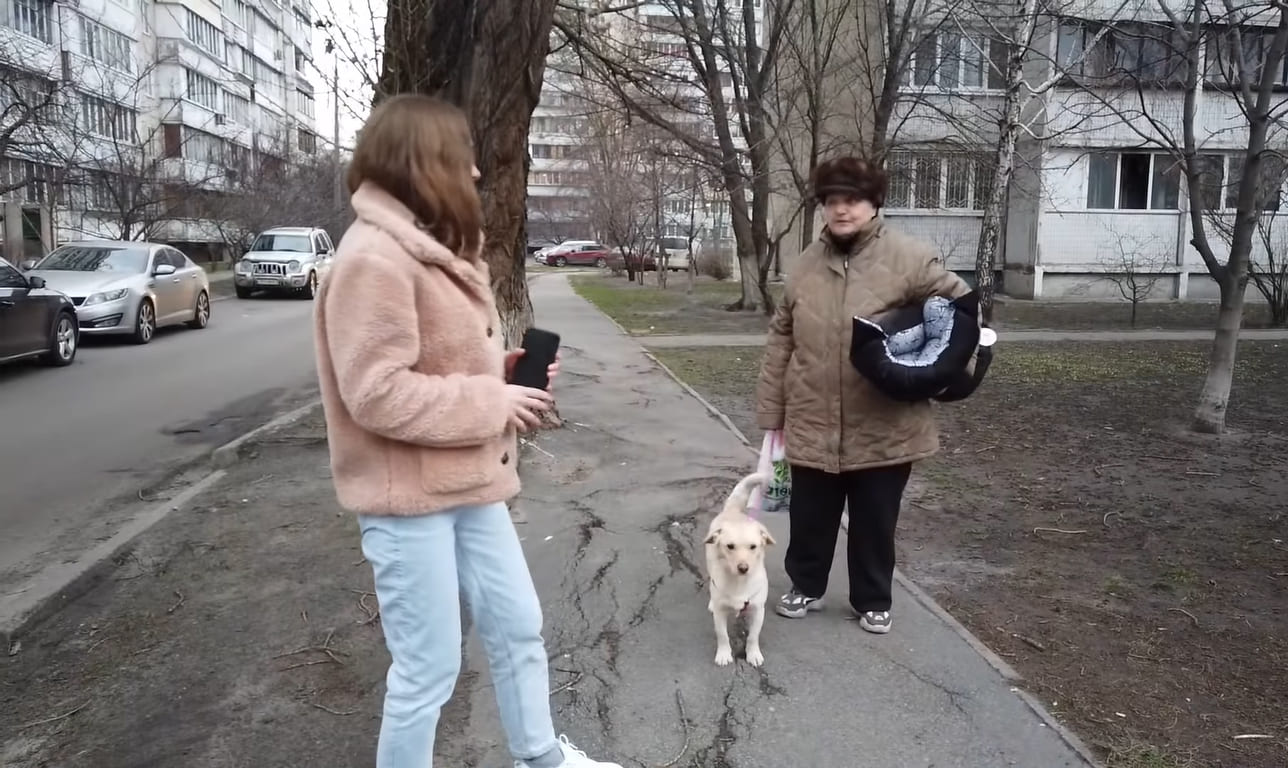 Puppy Cries For Help After Being Abandoned In Terrible Condition